homepage  About CUC  Our History

In 1954, The Communication University of China was first founded as the training center for the Central Bureau of Broadcasting Administration in Beijing; and later reestablished into Beijing Broadcasting College for Professional Training in 1958. From being a training center to an academic establishment, it went through many challenges and hardships, but has made tremendous contributions to the industry along the way, as well as becoming a vital part for the development of Chinese broadcasting industry.

On March 3, 1954; the Central Bureau of Broadcasting Administration set up a training course for radio broadcasting technicians at the LianXiang Broadcasting Station of Beijing; this marked the beginning and the establishment of educational institutions, and systems for the nation’s broadcast and television industries. The course ran for 6 generations, and has generated 922 professional technicians for the industry. 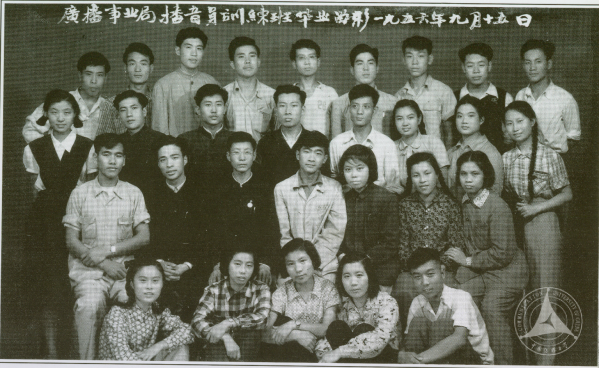 On September 2, 1958; the Beijing Broadcasting College, the first branch of Central Bureau of Broadcasting Administration was established in a gray building on Nanlishi Road, Beijing. This not so prominent, and inconspicuous building produced the very first group of talented professionals for the new era of Chinese radiobroadcasting industry.
In order to meet the demands of a rapidly growing industry of television and radiobroadcasting, and to generate more professionals in the area; using the foundation created by itself, Central Bureau of Broadcasting Administration reestablished itself and officially became the Beijing Broadcasting Institute. Though facing many difficulties during its reestablishment, such as shortages on human resources and equipment, especially during the Cultural Revolution, the institute was forced to be shut down and reopen time after times. But with tireless effort and cultural reform, the institute was able to grow rapidly and became the hub that provide opportunities and help people who wants to step into the industry realizing their dreams.

In August 2004; approved by the Ministry of Education, the Institute was renamed into The Communication University of China on its 50th anniversary. This expanded the areas for development, and also fulfilled the ultimate dream for the entire institute. With the aim to develop and constructing a world renowned communication university; The Communication University of China devote itself to focus on media convergence; creativities; international media talent training. Our university encourages subject development, with a saying of “Using basic subject to enter mainstream, and create a first-class discipline.” According to assessments of the Ministry of Education, Journalism and Communication; Drama; Film and Television were ranked a No.1 in China in 2012, whilst the educational conditions, and the construction of its infrastructure have been improved significantly. In June 2013, the University have adopted the reform of faculties; Faculty of Journalism & Communication; Faculty of Arts; Faculty of Science & Technologiey; Faculty of Literature & Law; and Co-innocation Center have been established, which expand and sustained for the development of the University.