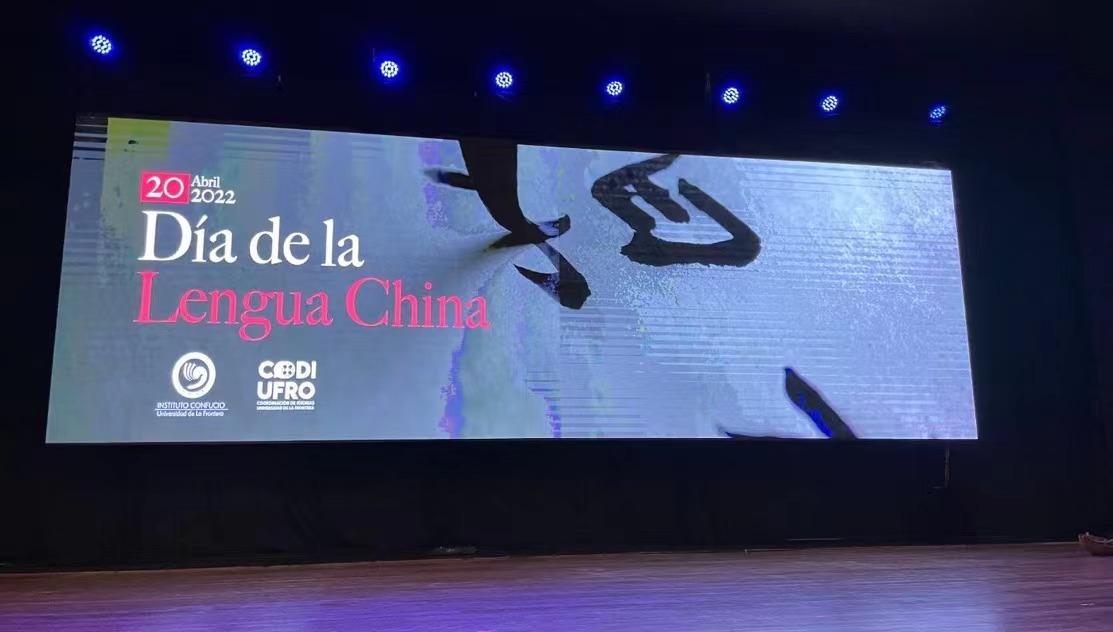 Vice President of CUC, Duan Peng made a speech online, saying that the Confucius Institute has overcome many difficulties brought by the pandemic, distance and time difference since its establishment. With the joint cooperation of the two universities, courses like Chinese, Tai Chi, Chinese business, etc. are available as well as rich and colorful cultural activities, which have gained achievements and reputation, and enhanced the influence of the Confucius Institute and Chinese culture. He also expressed congratulations to the event and looked forward to more vivid teaching activities at the institute.

Dr. Eduardo Hebel Weiss, President of the UFRO, and dean of the Confucius Institute, Dr. Paola Olave Müller were present at the celebration. Dr. Weiss said that "I am delighted by the growing interest of people in our Institute and the fruits of it."  He hoped that everyone would attend the courses and activities to further strengthen ties with China. Dr. Weiss is making a speech

Ambassador of the People's Republic of China to Republic of Chile, Niu Qingbao, together with the director of Division of Policy and Global Network of Chinese International Education Foundation, Li Hongyu, sent congratulations through video. They hoped that more Chilean interested in Chinese culture would study in Confucius Institute and contribute to the understanding and communication between China and Chile. 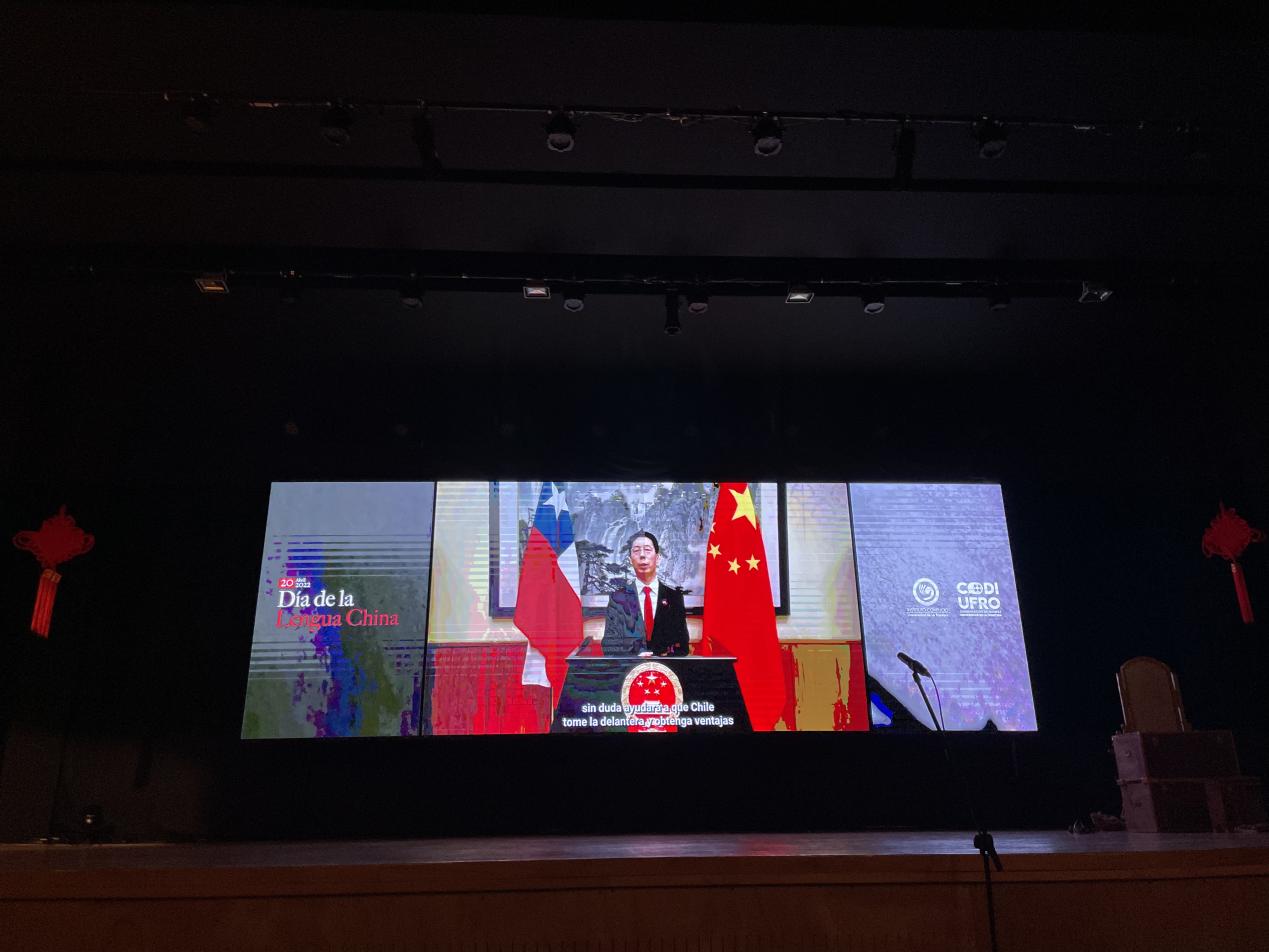 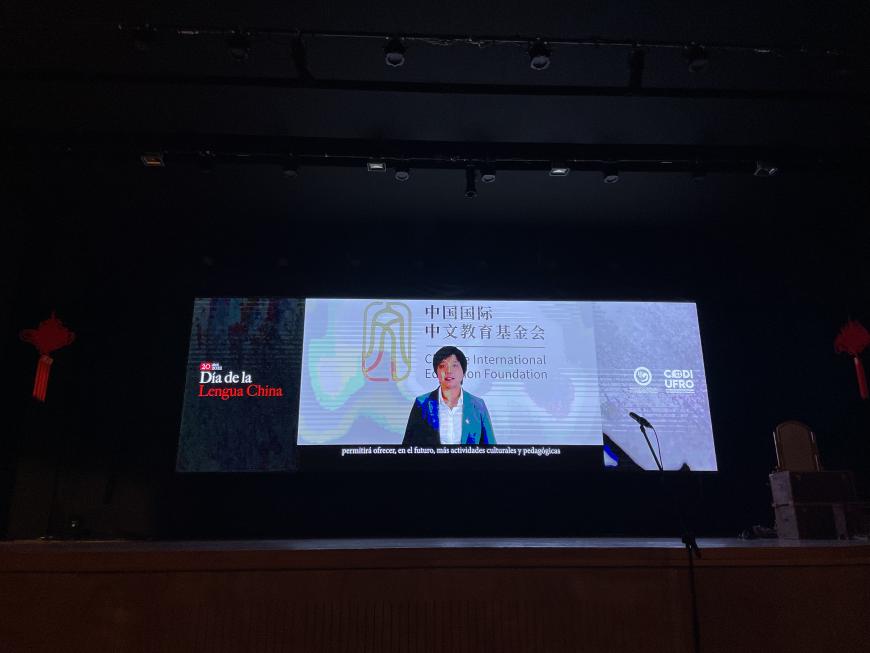 Niu Qingbao and Li Hongyu extend their congratulations and appreciation

Then, the teachers and students who participated in the activity visited the new classroom and watched videos there, making them better understand the origin of the UN Chinese Language Day, Chinese pastoral life of Li Ziqi and traditional Chinese instrumental music. The English short video “Grain Rain” produced by Television School of CUC enabled Chilean teachers and students to learn more about Chinese solar term culture. 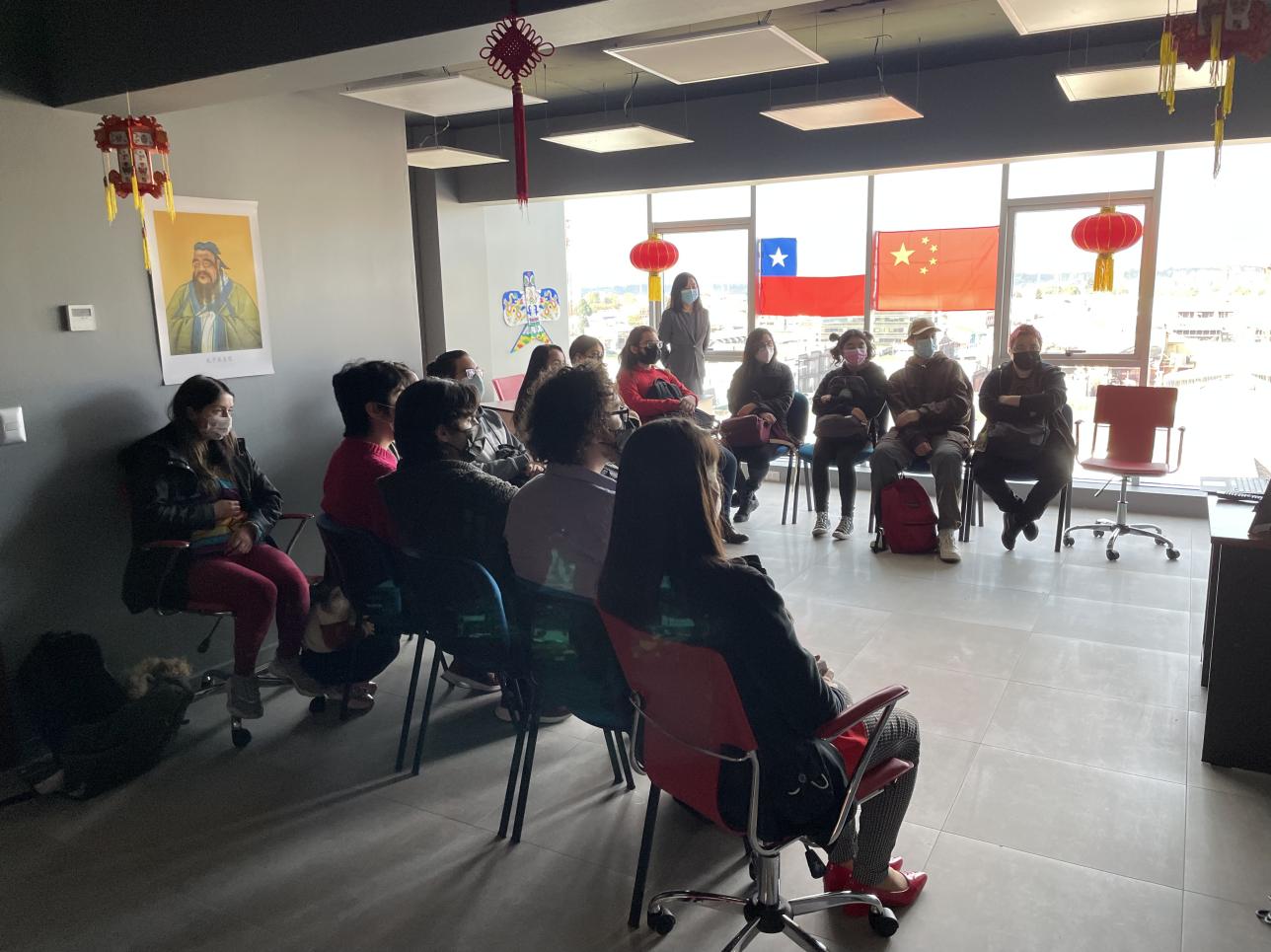 Teachers and students watch videos in the classroom

Students also visited the center of Temuco to get a taste of traditional arts, such as Chinese chess, Go chess, seal carving and allegro.  What’s more, they went into the calligraphy classroom to experience the Chinese calligraphy course. 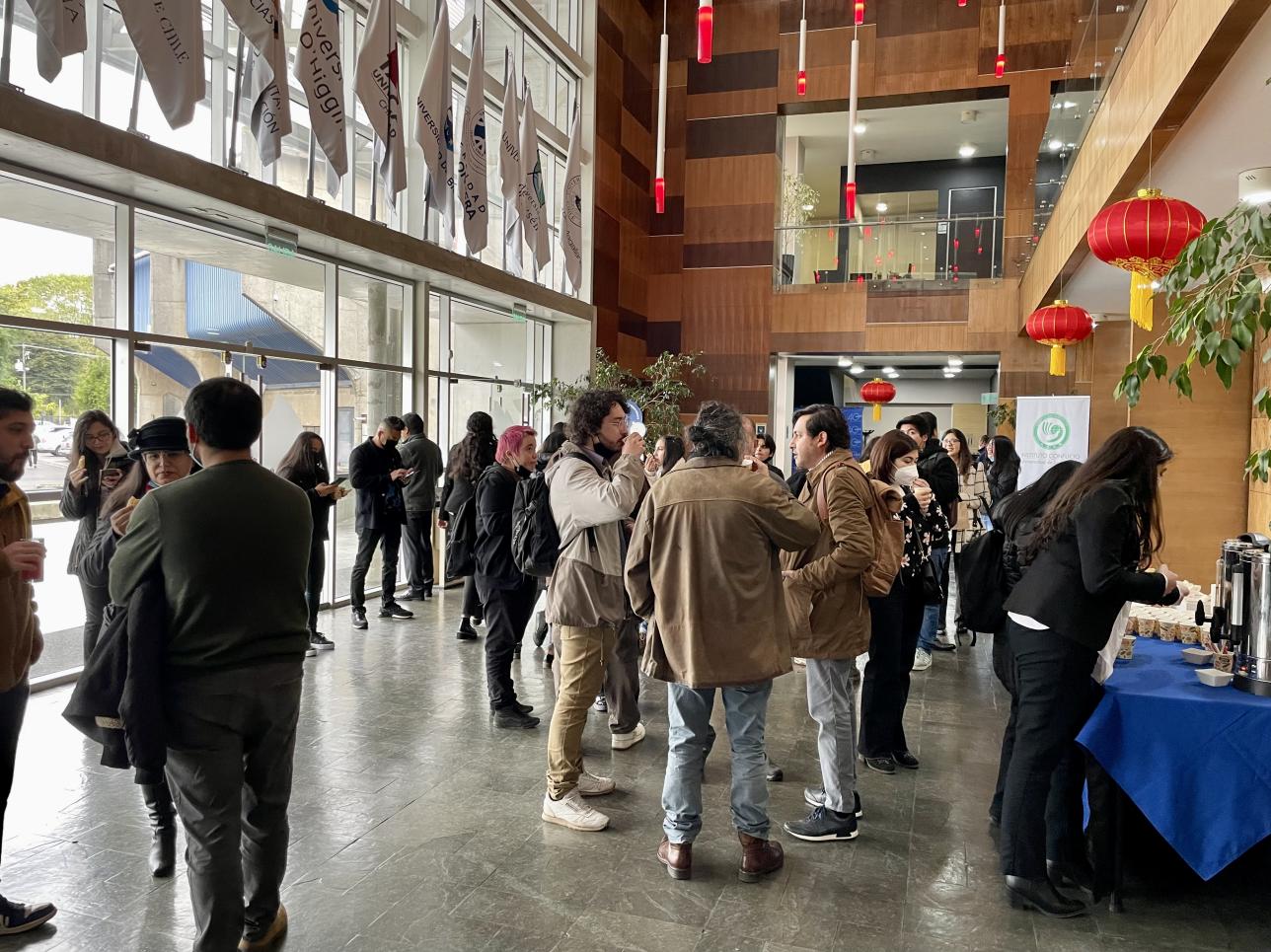 Students are in the offline experience center of Chinese culture With the gradual resumption of offline classes in the UFRO, the offices and classrooms of the Confucius Institute will be gradually opened this semester to provide more various offline courses and activities for the Chinese language lovers in the university and surrounding communities.