Dayfly, animated by students from the School of Animation and Digital Arts, Class of 2020, Communication University of China (CUC), won the Special Mention in Student Short Films Competition MONSTRA 2022 at Lisbon Animation Festival. 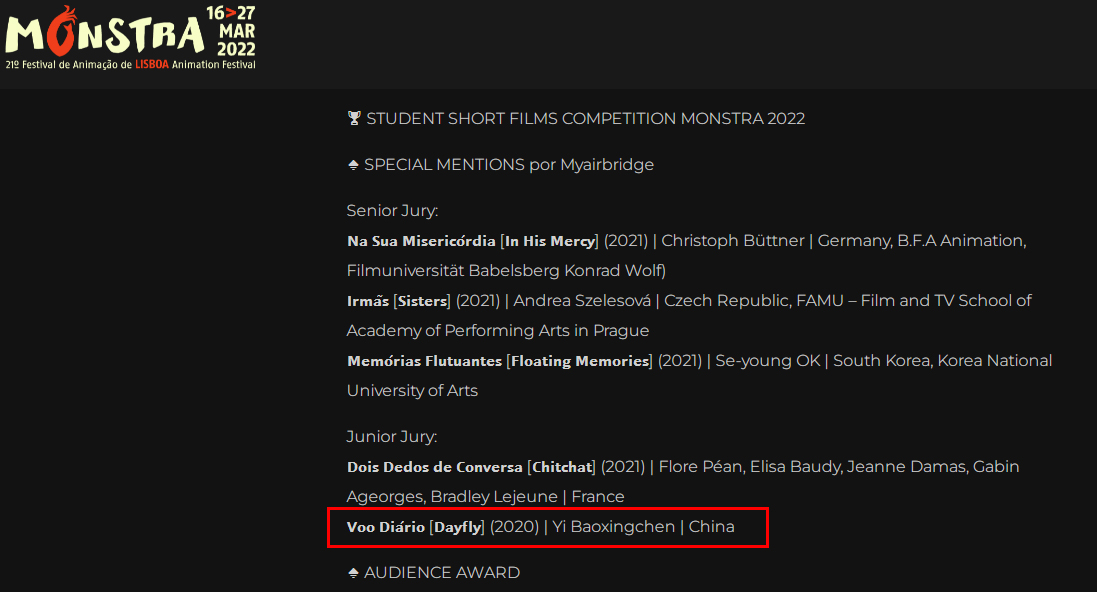 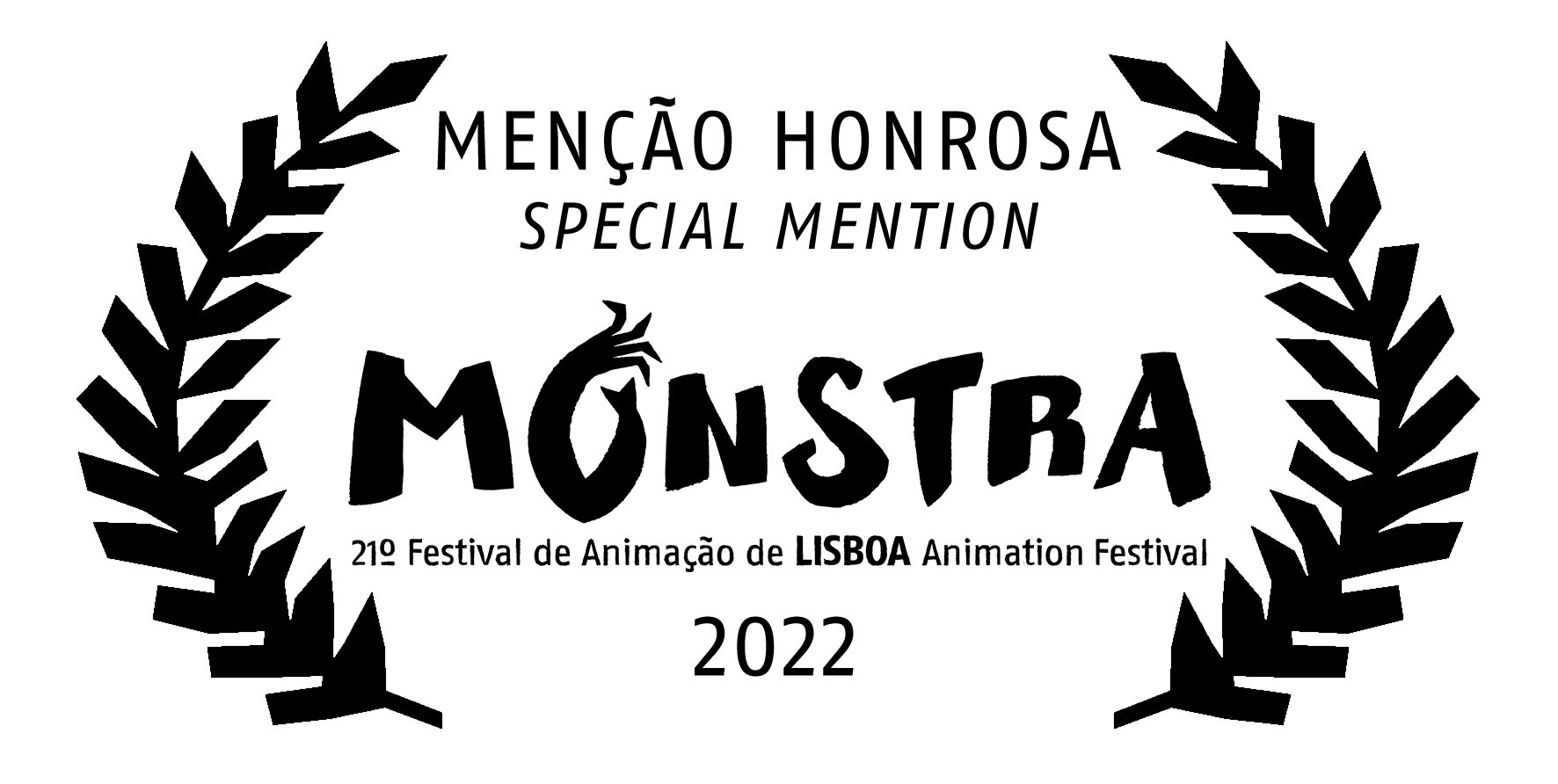 Dayfly is a graduation project created by Yi Baoxingchen, Zhang Kerui and Zhang Youjie under the guidance of Prof. Ai Shengying from School of Animation and Digital Arts of CUC. The team stood out among 54 finalists from 27 countries and regions across the globe and was the only Chinese work nominated at the festival. 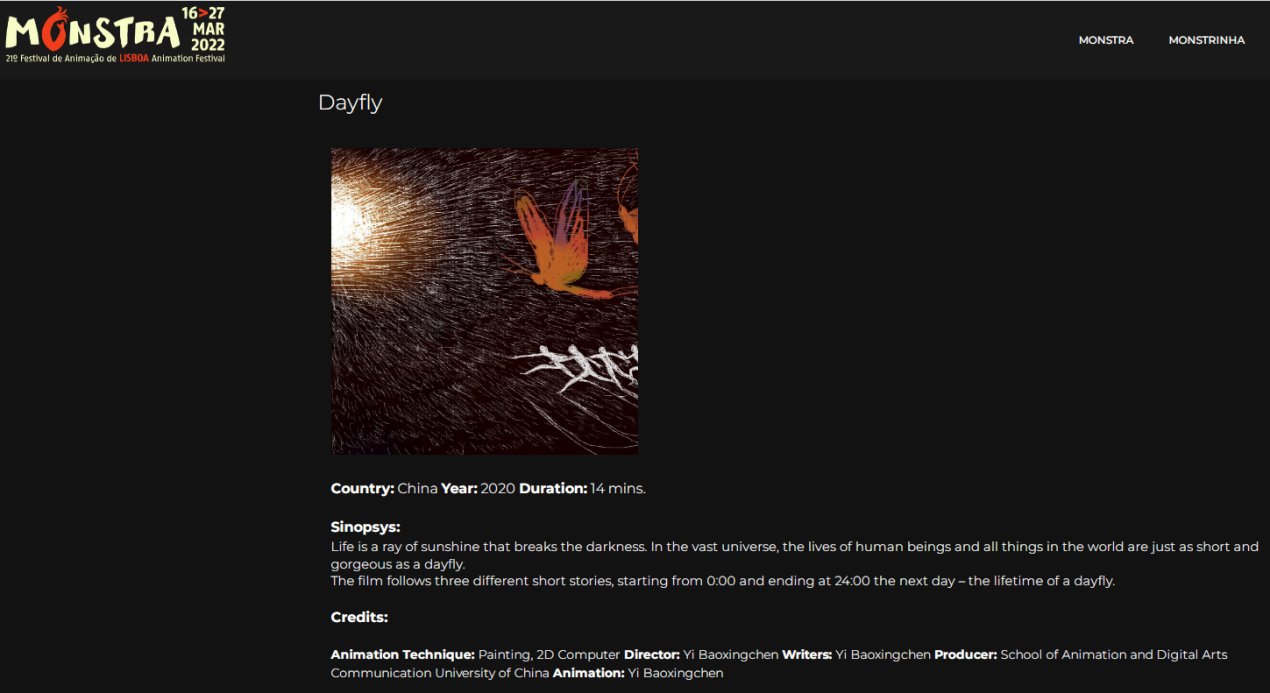 Introduction of Dayfly posted on the official website of MONSTRA 2022

Founded in 2000, MONSTRA aims to celebrate artistic transversality, promote the encounter between people from different arts and transmit new aesthetic perspectives, using the most basic and  multidisciplinary language - animation films. With the joint support of the Institute of Cinema and Audiovisual and the Lisbon City Hall, this festival is already considered as a notable event in Lisbon’s cultural scene and enjoys a high reputation in Europe.