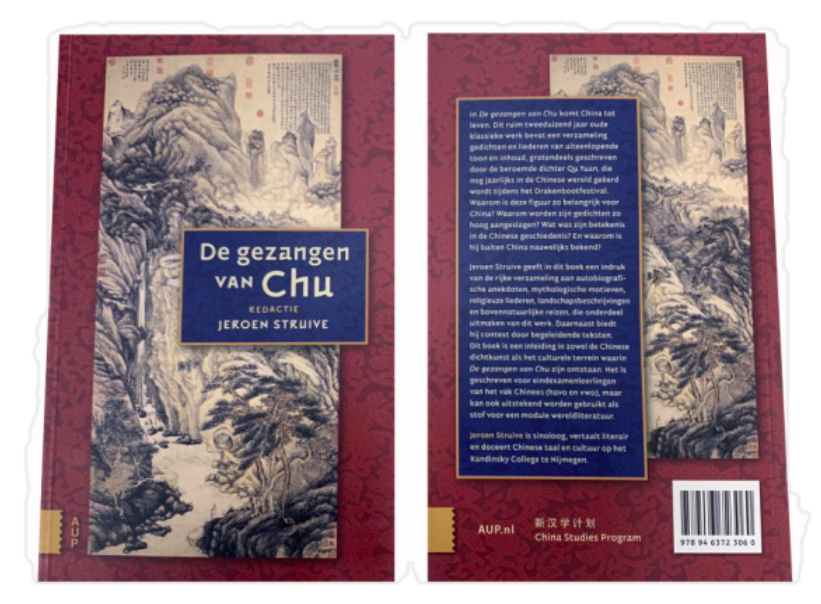 Mainly attributed to Qu Yuan and Song Yu and anthologised in the 1st century BC, Chu Ci, or literally Verses of Chu, is the first collection of romantic poetry in the history of Chinese literature.

The anthology was introduced into Europe in the 16th century. In the 19th century, Chu Ci aroused wide attention in Europe and the United States, resulting in the emergence of a large number of translations and relative research works in various languages. It has always been one of the research focuses in the international world of Chinese studies.

De Gezangen van Chu, The Dutch version of Chu Ci, was translated by Jeroen Struive, a Dutch scholar of Chinese studies and an expert in literary translation, who teaches Chinese in Groningen Confucius Institute. Jeroen Struive hoped that the publishment of the book could make Chu Ci accessible to more Dutch high school students and provide more resources to readers who like to study world literature.

Funded by Center for Language Education and Cooperation’s China Studies Program, the book was published with the help of Groningen Confucius Institute. The Institute hoped that more excellent young Dutch scholars of Chinese studies and translators could communicate with Chinese writers through China Studies Program.