Stay abroad or go back home? That is the problem that many Chinese oversea students are confronted with. Due to the coronavirusoutbreak worldwide, lots of students’ plans have been upset, especially those who travelled or will travel abroad.

By April 20, 2020, the number of confirmed COVID-19 cases in the US has reached 820,104, with the death toll passing 44,228. This makes the US the worst infected country by the novel coronavirus in the world till now. Three months earlier, Hou Yifu, a CUC junior student just arrived there to start his one-month Congress internship program at Washington DC. 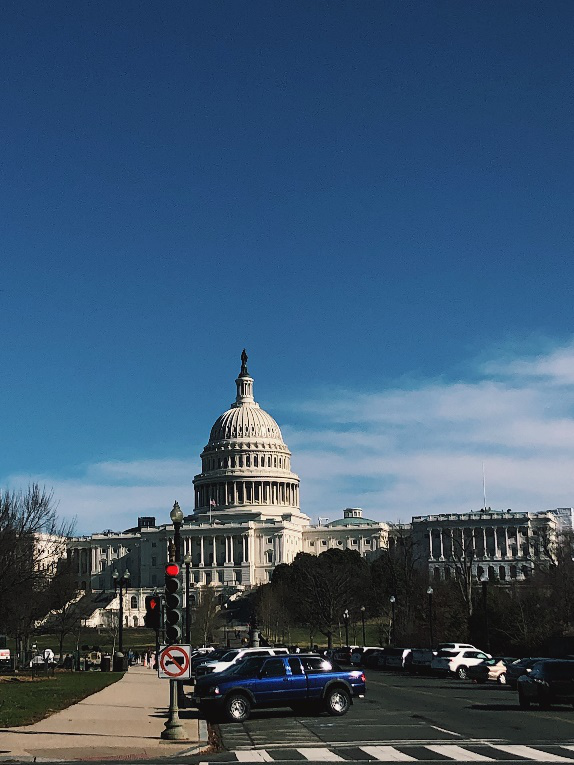 The US Capitol from afar

"I really expect to work in an environment where English is the lingua franca." Hou, majoring in International Journalism and Communication said. Being one of the only two students qualified for the internship program, he cherished this opportunity to practice the language and communication skills which are significant for his major.

Another CUC senior student Hu Zhenchao was months away from graduation when he was up against several options. “I had received a postgraduate recommendation for RUC to study Journalism, but then I realized that wasn’t where my passion lay. I have to make a change.” This “change”, decided by Hu, is to finish his postgraduate study in Digital Media and Society at the University of Leuven, Belgium.

"I prefer doing research. My teacher thinks the research atmosphere in Belgium suits me well.” he explained. “I want to focus my research on social problems that are prominent in Chinese context. After hastily spending my undergraduate years propelled by others, I’d love a chance allowing me to think and express independently.”

Unfortunately, it was not long before Hu realized that he might not be able to enroll in his dream school this September due to the coronavirus raging all over Europe.

Quan Xiulian, a sophomore who signed up for a long-term exchange program to the Sungkyunkwan University, South Korea, also sensed the unusual signal of the coronavirus before her plane landed at Seoul on January 26.

"News reports about the virus were overwhelming. First in China, then it soon spread to Korea.” Knowing the severity of the pandemic long ago, she has been paying close attention to self-protection all this time living in Seoul. “The virus took a heavy toll on Taegu, and at that time I saw less than a half of citizens in Seoul wearing face masks in public. But when cases appear in Seoul, masks could be seen on almost everyone’s face.”

Quan thought China and Korea were culturally alike, and wearing face masks for self-protection was something more than normal in the two countries.

"Even at the worst stage of the outbreak, Koreans insisted going out as usual. But one lucky thing was their consensus on face masks wearing.” Quan went out for dinner with friends before the interview. That day, 86 people in Korea were tested positive for coronavirus, reduced by 10 times approximately compared to one month ago. On the street of Seoul

In countries that have been less troubled by the virus, “People talk about the pandemic, but only over dinner,” says Yang Heying. Yang who is currently in Sweden made such a description of the attitude of the locals. “As for China’s preventive measures and some other controversial matters, locals are merely curious about what we Chinese think of them.”

As of the interview, 308 infections have been so far discovered in Uppsala, the city where Yang has stayed for her exchange program, and everything is still on track. She agreed that there were indeed people trying to snap up groceries at first. However, the supermarket restocked soon in the next morning, putting things back to normal. She noticed some closed Asian restaurants by the street. Citizens are suggested to dial an emergency number if they show any symptom regarding coronavirus, and to stay at home if those symptoms are mild.

Yang, along with some locals, believed that it would have been more pragmatic if the Swedish government had taken some rigorous measures like a city lockdown. 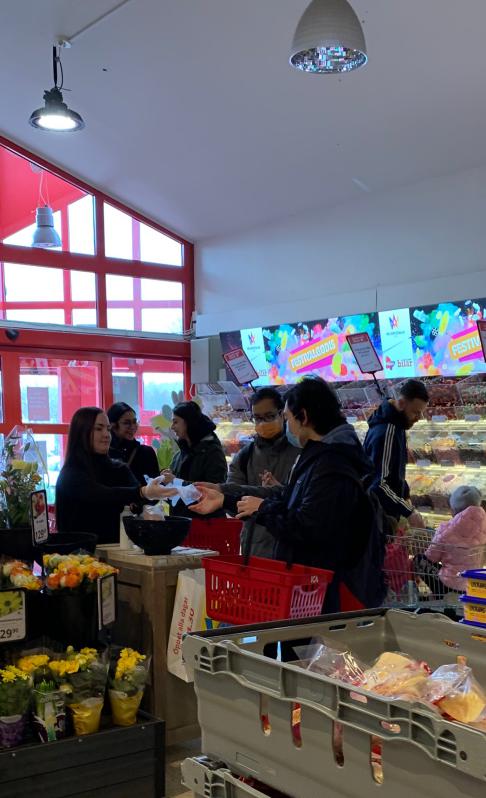 People are given disposable gloves in the supermarket of Uppsala

At the moment, the two overseas students are continuing their schoolwork online. Quan used to fantasize about meeting new friends and communicating with professors face to face through this long-awaited program. Hearing that the whole semester was likely to rely only on recorded lessons, she felt a bit frustrated, and lonelyas well.

"Nevertheless, one day when I learned from our Ministry of Foreign Affairs that anyone with a Chinese passport would be welcomed back home forever and always, I was so moved to realize that I was not alone but with my motherland,” Quan said. Quan stays in her dormitory for online classes

During Hou’s short stay in the US, plenty of touching moments were carved into his memory. “One week after my arrival, things began to spiral out of control back home. People were pretty concerned whether I would head back soon. And one week before my internship ended, Jill, our Deputy Chief tried to persuademe to stay a little longer out of my health consideration. She also offered to help prolong my visa,” he said. 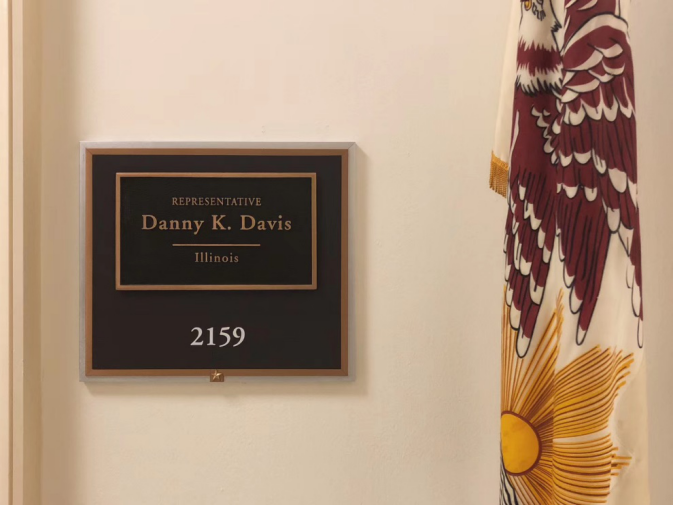 His Airbnb hostess Heather assured him a place to stay if he found returning home too risky. “She told me that I would not be charged, and she would be happy to put up a bed in her living room if I were to stay.” He and this elderly lady later became close friends beyond their original relationship of renter and owner.

Yang mentioned a class coordinator in her university who offered a helping hand twice. When the pandemic was still serious in China, he specifically convince this Chinese student that she could always come and seek help. And when Europe became the worst hit region with the virus, he sent emails again to all students, providing them with both physical and mental assistance.

While Yang stayed for the program, Hou finished his internship and had to go back. Return tickets were not easy to obtain. He didn’t leave the US until March 13. One week later, daunting challenges fell on America as local infections witnessed a drastic surge.

He recalled suffering from hunger during the long flight, being instructed to numerous procedures after landing, and having no chance to see his family during the quarantine.

“My journey home was not easy. But I’ve met so many nice people along the way, including all the staff at the airport and the quarantine site. They were full of high conscientiousness and efficiency,” he said with emotion.

Even at home, Hou still maintains contact with his American Airbnb hostess. The other day, he asked the lady if she needed any face maskwhich was reported to be sold out in the US by email.

According to the data in 2018, CUC carried out 132 exchange studying and internship programs, through which 827 students set foot in 34 countries or regions around the world. On top of that, the data in 2019 showed that 9.64% of CUC students chose to further their study abroad after graduation. In the tide of globalization, learning has no borders. Despite the divergence in culture or social value, understanding,love and warmth will exist forever, just as these oversea students have experienced at this tough but special moment.